Regen is a Smartphone Application. The concept proposes a solution in the form of an online collaborative community for upcycling products – it facilitates the user to share the waste material with the community of creators and at the same time provides a choice to upcycle the waste material. It looks at the concept of sharing as a co-creation and interdependence, where what is shared is not simply material goods but rather ideas, creativity, pleasure and experience. Further, it discusses the creation of waste and upcycling as a way of uniting sustainability with the making.

To understand – What does it mean to share something? and translate the understanding into a design.

Sharing – we as human beings continuosly share material and non-material things with each other, nature, living beings. Example – Trees share oxygen with us and we share carbon-dioxide with trees. Looked deeply, we are interbeings and sharing is very important aspect of human nature. Sharing has probably been the most basic form of economic distribution in societies for several hundred thousand years. 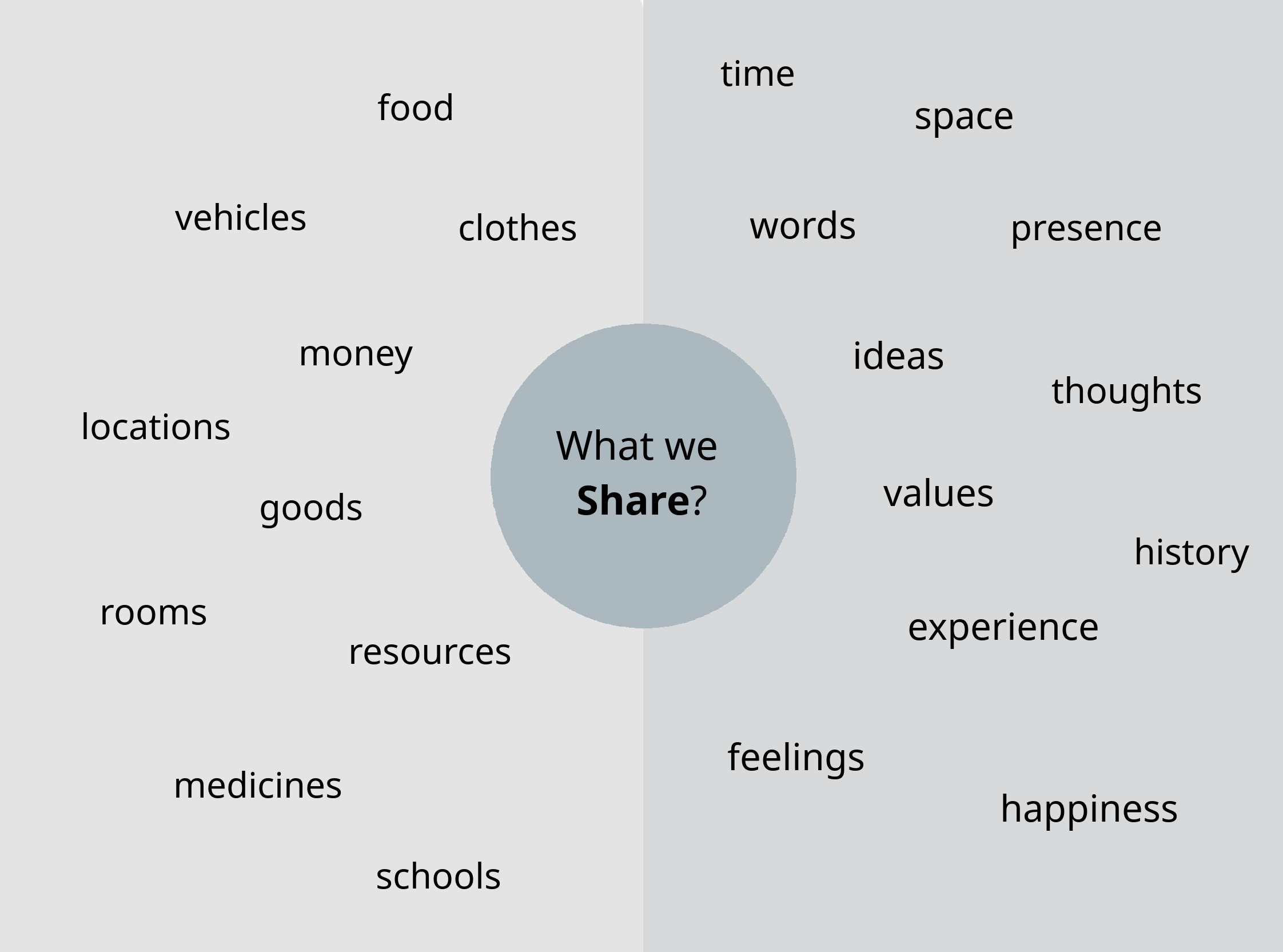 [Image] understanding the concept of sharing

In recent years, sharing has been approached from the angle of consumption and the consumer rather than production or co-production. Platforms such as lyft, airbnb and freecycle re-distribute services and goods for consumption.

Co-production as a shared activity was something that has been overlooked in current sharing platforms. Our aim was to approach sharing platforms with the intent of co-producing and creating something rather than simply consuming or distributing resources. 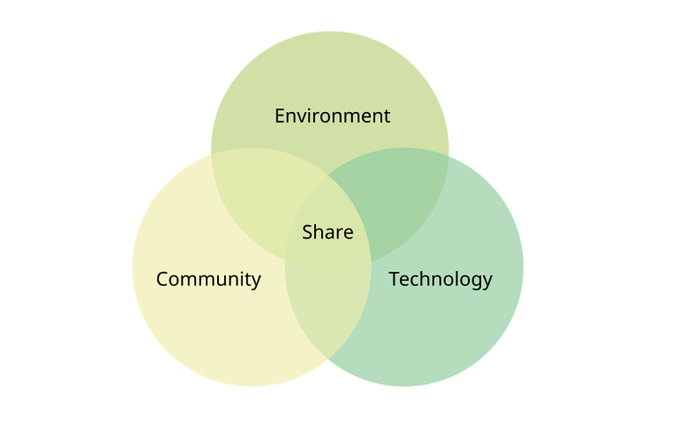 We began to approach the concept from 3 angles, forming a triad - Community, Environment and Technology. 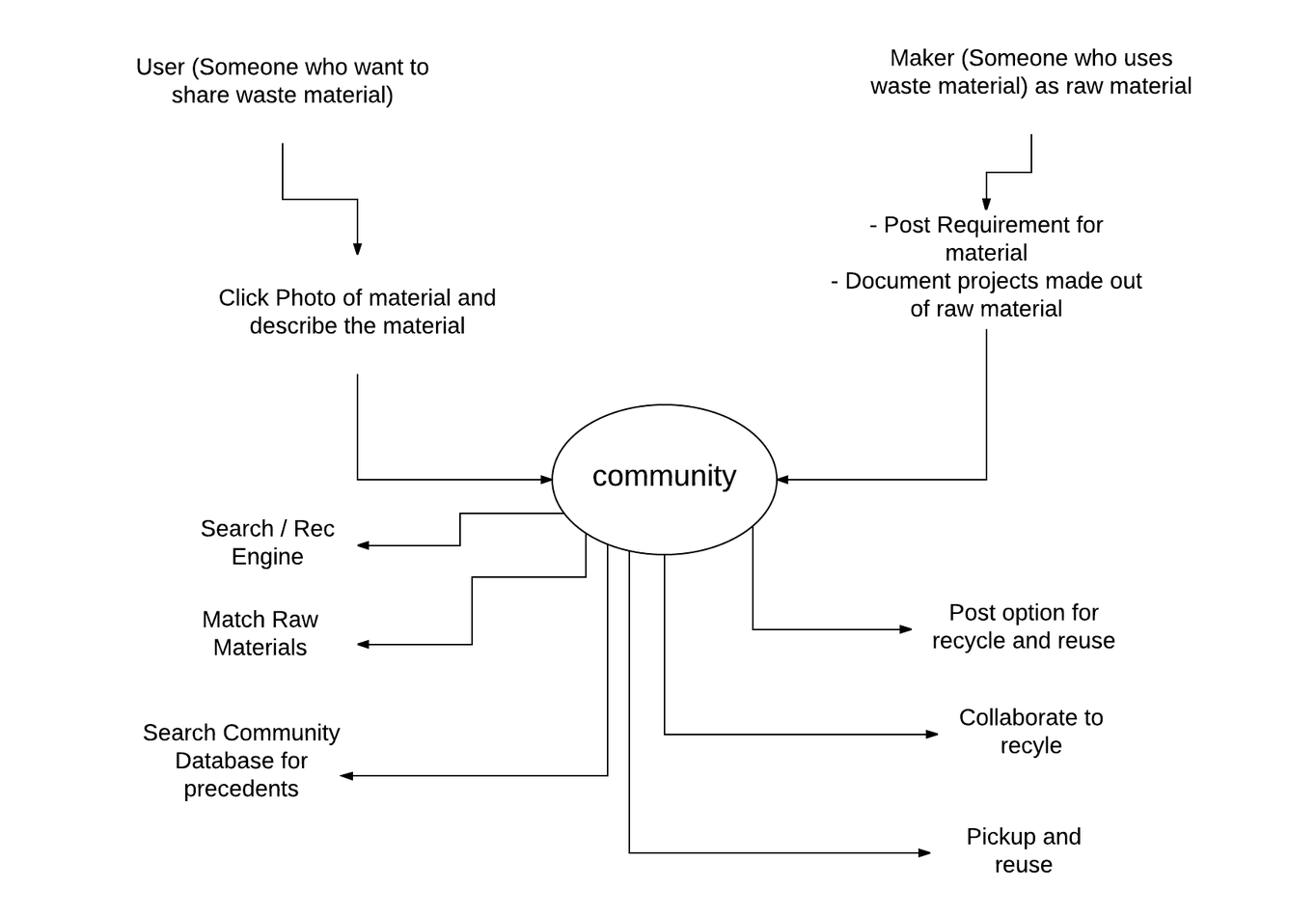 The concept ‘Regen’ attempts to unite the triad of Community, Environment and Technology, drawing from maker culture, upcycling and the Internet respectively. Regen is an Internet based community which encourages collaborative co-production of upcycled products by sharing raw materials and ideas. 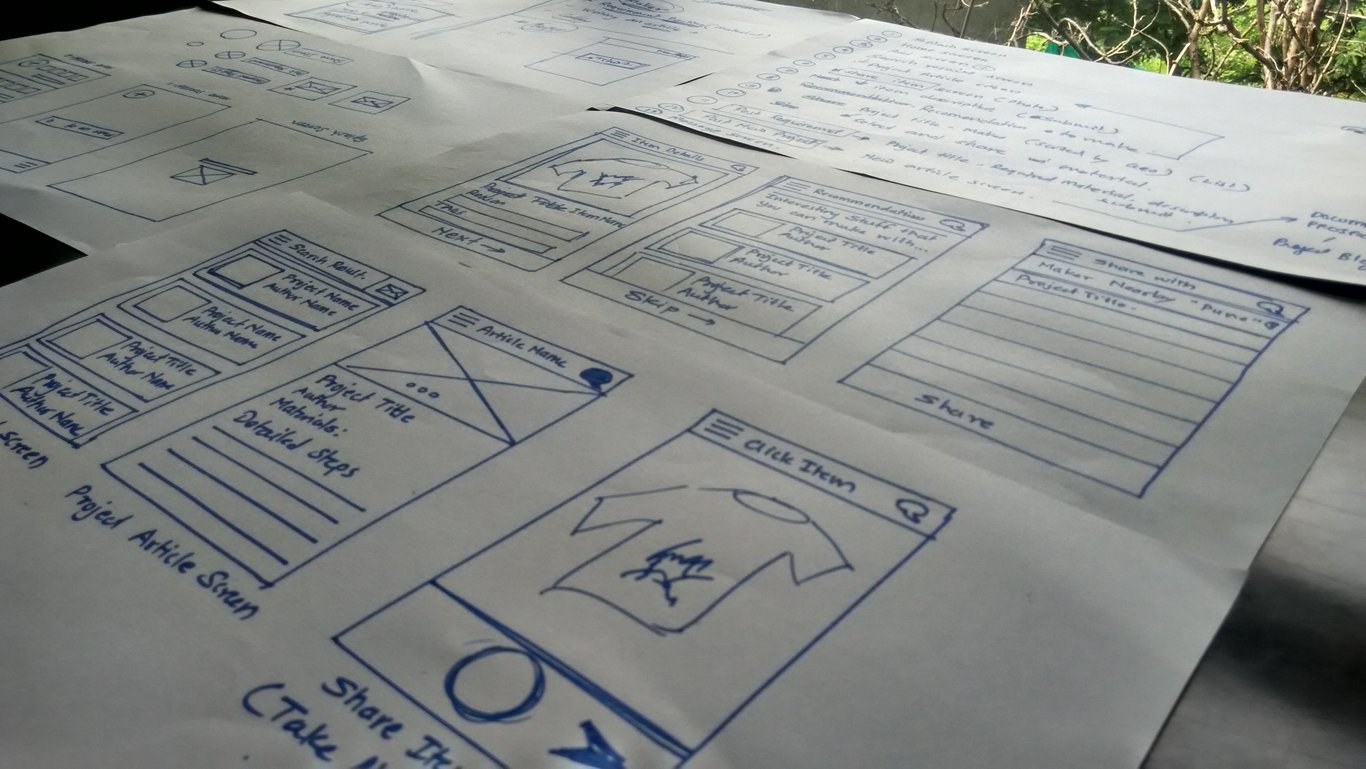 Makers can choose one of 3 activities - document a project they are working on, post requirements for raw materials or share an item. The maker wants to share an item. Maker clicks photo of items they wish to upcycle. The platform recommends to upcycle or make something by him/herself. If the user does not want to make something, they can search for other makers nearby who might find the item useful for their projects. 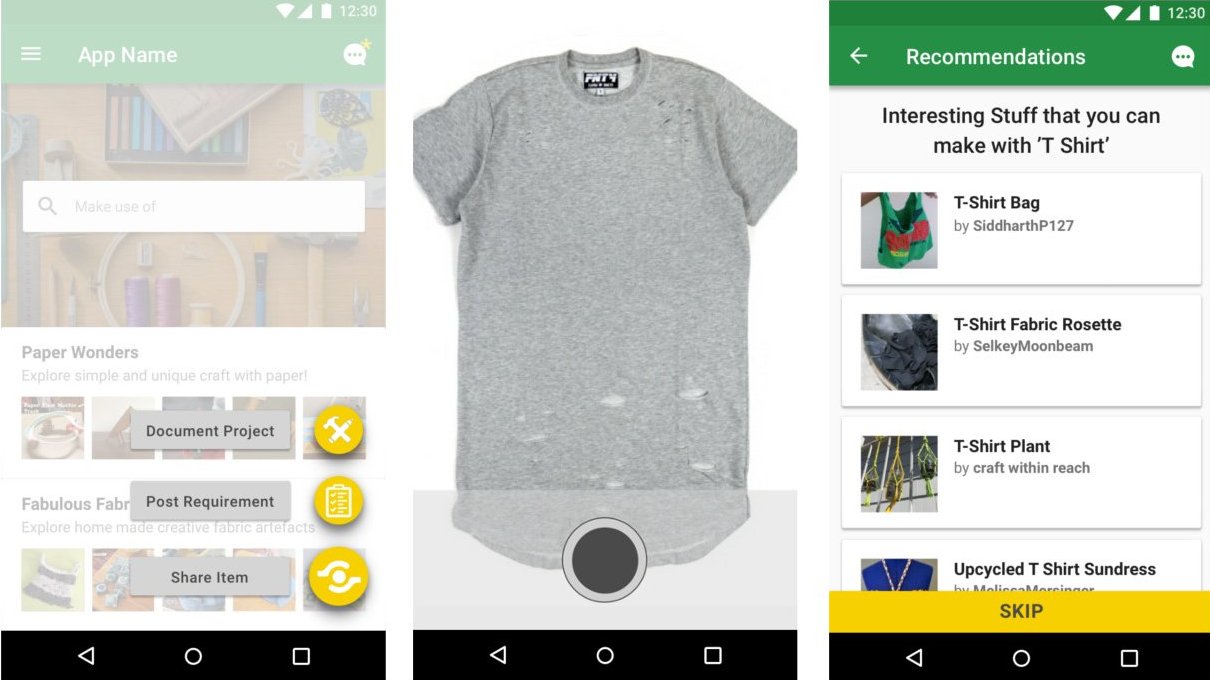 Sharing and making emerge as a prominent couple. The act of making something is itself an experience worth sharing rather than the final outcome of the activity. The intangible aspects of making such as inherent pleasure, sense of accomplishment and pride, sense of community are valuable and worth sharing. Upcycling as a shared activity of co-production can provide a sustainable model for community based sharing.

The outcome of this design intervention was presented as research paper at ACM Conference, Brisbane, Australia in December 2017, by Namrata.  (Research Paper)